What the Phobos is Mars Grill?
Hi! I'm Ernie Anderson, the creator of Mars Grill Comics. I've been making comics (with occasional stops and starts) since 2004. To date, Mars Grill has been published in two newspapers, and some of my other work has been published in a few more. I am a two-time recipient of the Maine Press Association's Award for Best Editorial Cartoon in a Daily/Weekly publication in 2014 and 2015.

The Mars Grill crew chronicles the adventures of the kitchen crew of Mars Grill, a greasy little space-diner on Phobos, moon of Mars. Shiz Paf is the head short-order cook (and a veteran of The Carbonaran Wars in which he lost his body, but gained his versatile, mobile HawkPro Treadaround). Lashky Hypotenuse is the restaurant's salad spinner and fry station guy. Foul-mouthed Molduronian Grokk Jr. is the dishwasher along with his undocumented alien pal, Nachoberto, a Tarantulonian who learned how to speak from watching Spanish television broadcasts. Rounding out the crew is the unstable robot XJ-37, the maitre-d and erstwhile Expo who occasionally goes into off-program killing sprees. He's an okay guy though.

I also have an interest in long-form stories with the Mars Grill crew. I have published one graphic novel called Soylent Mooon, and IT ONLY TOOK ME EIGHT YEARS! It's available in print on Amazon and digitally in the website's gift shop. I'm working on the next graphic novel, set to come out in 2028! (No, I'm joking, it should be out next year). 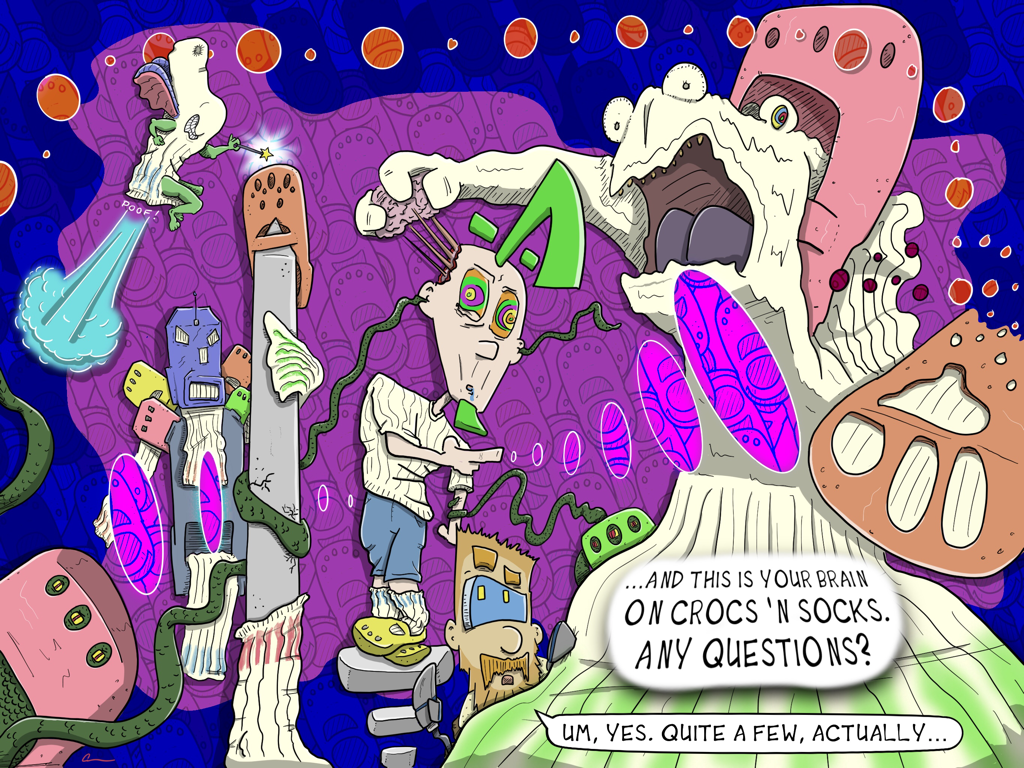 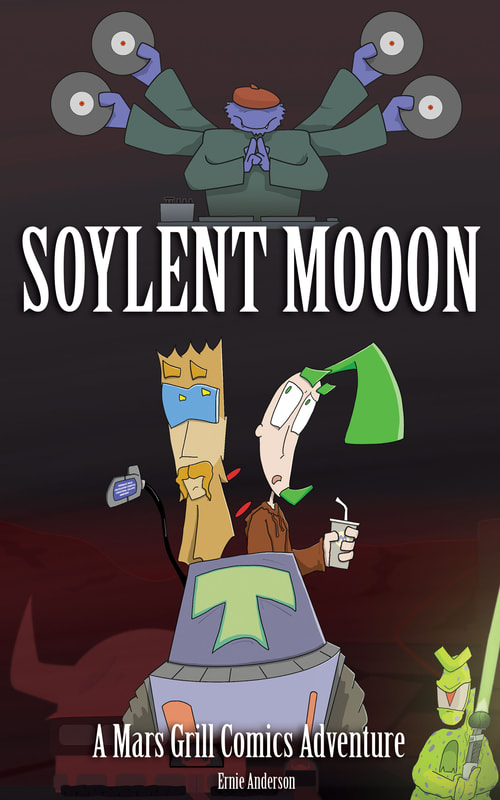